Sean O'Sullivan fonds RG 431
JavaScript is disabled for your browser. Some features of this site may not work without it. 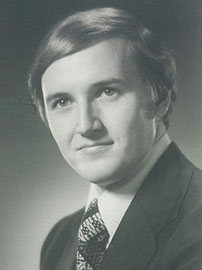 Sean O’Sullivan was born in Hamilton, Ontario, in 1952. At an early age, he demonstrated an interest in politics. A chance meeting with John Diefenbaker in 1963, when Sean was just 11 years old, marked the beginning of his involvement with the Progressive Conservative Party. Diefenbaker became a mentor to him, and the two exchanged correspondence for many years. Sean became an active member of the Party, and his political career took off quickly. In 1965, he was elected to the executive of the Hamilton Area Young Progressive Conservatives, in 1968 was elected President, and also served as Youth Director for Diefenbaker’s re-election campaign. In 1970 he was elected President of the Ontario Young Progressive Conservatives, and in 1971 became Youth Adviser to Premier William Davis. Later that year, Diefenbaker chose Sean to be his Executive Assistant. In addition to his political activities, Sean enrolled at Brock University in 1969 to study political science. In 1972, he resigned as Diefenbaker’s assistant in order to run as a candidate for Hamilton-Wentworth in the federal election that year. At just 20 years of age, Sean was the youngest MP elected to the House of Commons. While working as an MP, Sean continued his studies at Brock University part-time, graduating with distinction. After being re-elected in 1974, he rose to greater prominence when he succeeded in having a private member’s bill passed making the beaver one of Canada’s national symbols. In 1977, he resigned as MP in order to pursue religious studies and become a Catholic priest. After completing four years of studies at the Irish College of Rome’s Gregorian University, Sean was ordained a priest in Toronto in 1981. In July, 1982, he was appointed Director of Vocations (full-time recruiter) for the archdiocese of Toronto. In this capacity, he implemented a controversial and widely publicized campaign to recruit priests. The recruitment succeeded in generating interest in the priesthood, doubling the number of students in the archdiocese. He was one of the founding members of Serra House, a residence for students considering the priesthood. After his term as Vocations Director ended in 1985, O’Sullivan became publisher of The Catholic Register, a weekly church newspaper. That same year, he was awarded an honorary doctorate from Brock University. In January 1987, he was appointed a Member of the Order of Canada. Later that year, he submitted a report to the Attorney General of Ontario, titled You’ve got a Friend, after conducting an independent review of Advocacy for Vulnerable Adults in Ontario at the request of the government. In 1983, O’Sullivan was diagnosed with leukemia. The disease went into remission after treatment, but was incurable. In 1989, he had a bone marrow transplant at Princess Margaret Hospital in Toronto, but died shortly afterwards. He was 37 years old. A memorial fund was established in his name, and included contributions from prominent business, church and political leaders such as Prime Minister Brian Mulroney, Toronto Sun Chairman Doug Crieghton and His Eminence G. Emmett Carter. The O’Sullivan family requested that Brock University be the beneficiary of the proceeds of the campaign.

Current copyright applies. In some instances, researchers must obtain the written permission of the holder(s) of copyright and the Brock University Archives before publishing quotations from materials in the collection. Most papers may be copied in accordance with the Library’s usual procedures unless otherwise specified. Some of the items have restricted usage