Irish John Willson United Empire Loyalist family fonds RG 169
JavaScript is disabled for your browser. Some features of this site may not work without it. 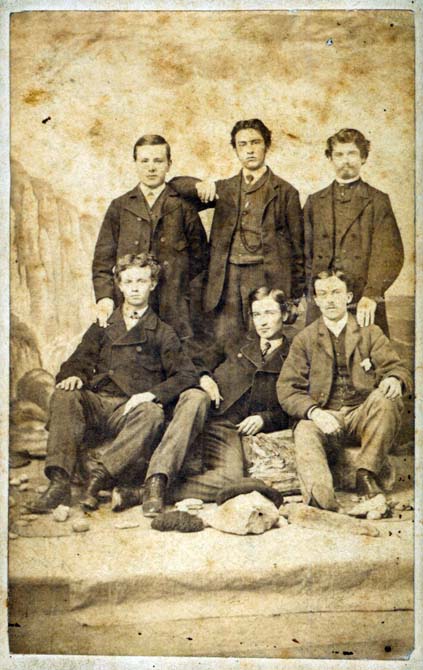 John Willson first came to Upper Canada along with his friend Nathaniel Pettit in the late 1700s. They both moved with their families from New Jersey where they had both been imprisioned for not siding with the rebels and maintaining Loyalist allegiences. Pettit arrived with his four daughters, leaving his son behind. Willson came with his wife and nine children. Willson received 1200 acres of land as well as 200 per child. He settled at the corner of Dorchester Road and Thorold Stone Road where he and his family did very well for themselves. Willson, as well as his son Thomas, ran ox-teams on the portage. His son John became the proprietor of the Exchange Hotel at Niagara and Charles operated at the Pavilion Hotel at Falls View. Shortly after his arrival in Upper Canada John Willson changed his name to "Irish" John Willson, as there were 5 other "John Willsons" which appeared on the Loyalists lists. Irish John drowned in the Niagara River in 1798 and his family continued to thrive in Niagara after his death. His second son Thomas Willson married Abigail Pettit, daughter of his Father's friend Nathaniel. Thomas was awarded 250 acres of land as a Loyalist and 200 for Abigail, as she was the daughter of a loyalist. He became a blacksmith and also operated ox-teams along the portage. He was Assessor for Stamford Township for 1800, 1807, 1820 and 1829. During the years 1808, 1822, 1825, 1826 and 1831 he was a tax collector and overseer of Statute of Labour. Thomas and Abigail Willson had nine children together. Francis Bond Head Willson of Beaverdams (mentioned throughout the collection) was a great-grandson of Thomas and Abigail. Thomas and his wife are both buried beside the Lundy's Lane United Church.