Fay Fairbairn Collection RG 85
JavaScript is disabled for your browser. Some features of this site may not work without it. 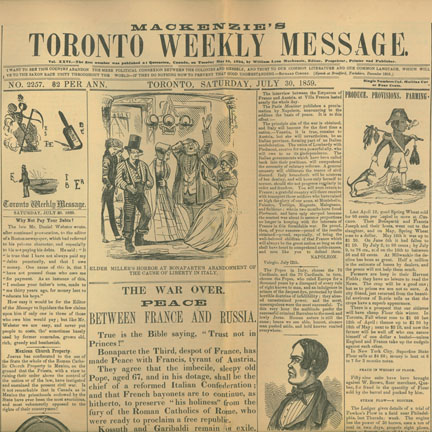 The collections contains Auditor's Reports from the Township of Pelham as well as advertisements and publications.

Pelham Township dates its first settlement back to the late 1700s. It borders the township of Louth to its north, Township of Thorold to its east, and the Township of Gainsborough to its west. Pelham stretches east to west for 5 ¼ miles and North and South for 9 ¼ miles. The area was and remains today good for various types of farming. One of the first recorded settlers to settle in the township was John Crow in 1784. Samuel Beckett arrived in Pelham from Philadelphia in 1793. He purchased a plot of land which contained a grist mill, he set up a saw-mill the following year. Numerous generations of Becketts lived within the Pelham area and contributing to the community as Samuel did. Amongst the fourth generation of Becketts, there was another Samuel who became auditor for the township and who's report is included in this collection. Pelham flourished in the early years despite a devastating hurricane in 1792. By 1850 the price of the poorest piece of land was $20 per acre and established fruit farms $200 per acre, compared to the 15 pence per acre (or .30 cents) at the beginning of settlement. Today Pelham is made up of four parts, Fonthill, Ridgeville, Fenwick and North Pelham.