Physical volcanology, sedimentology, stratigraphy and petrochemistry of the Berry Creek metavolcanics: an Archean calc-alkaline complex, Lake of the Woods, Ontario 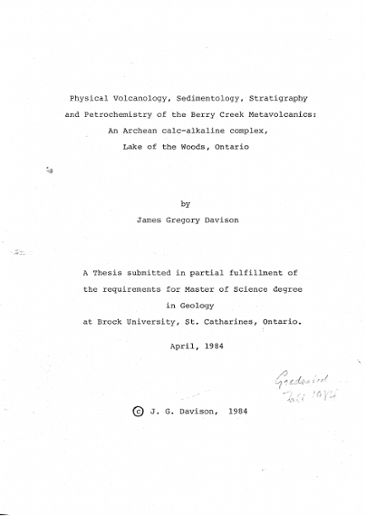