Out of the darkness and into the light : a study of inauthentic and authentic speech 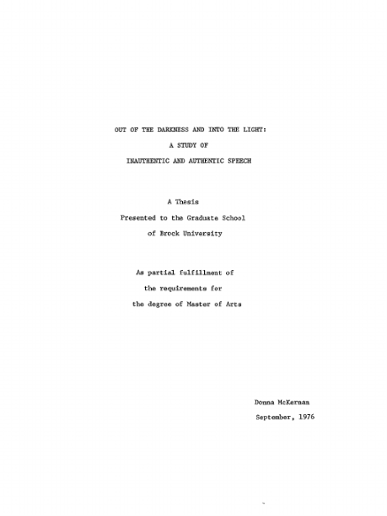