Bradt family fonds, 1796-1976 RG 666
JavaScript is disabled for your browser. Some features of this site may not work without it. 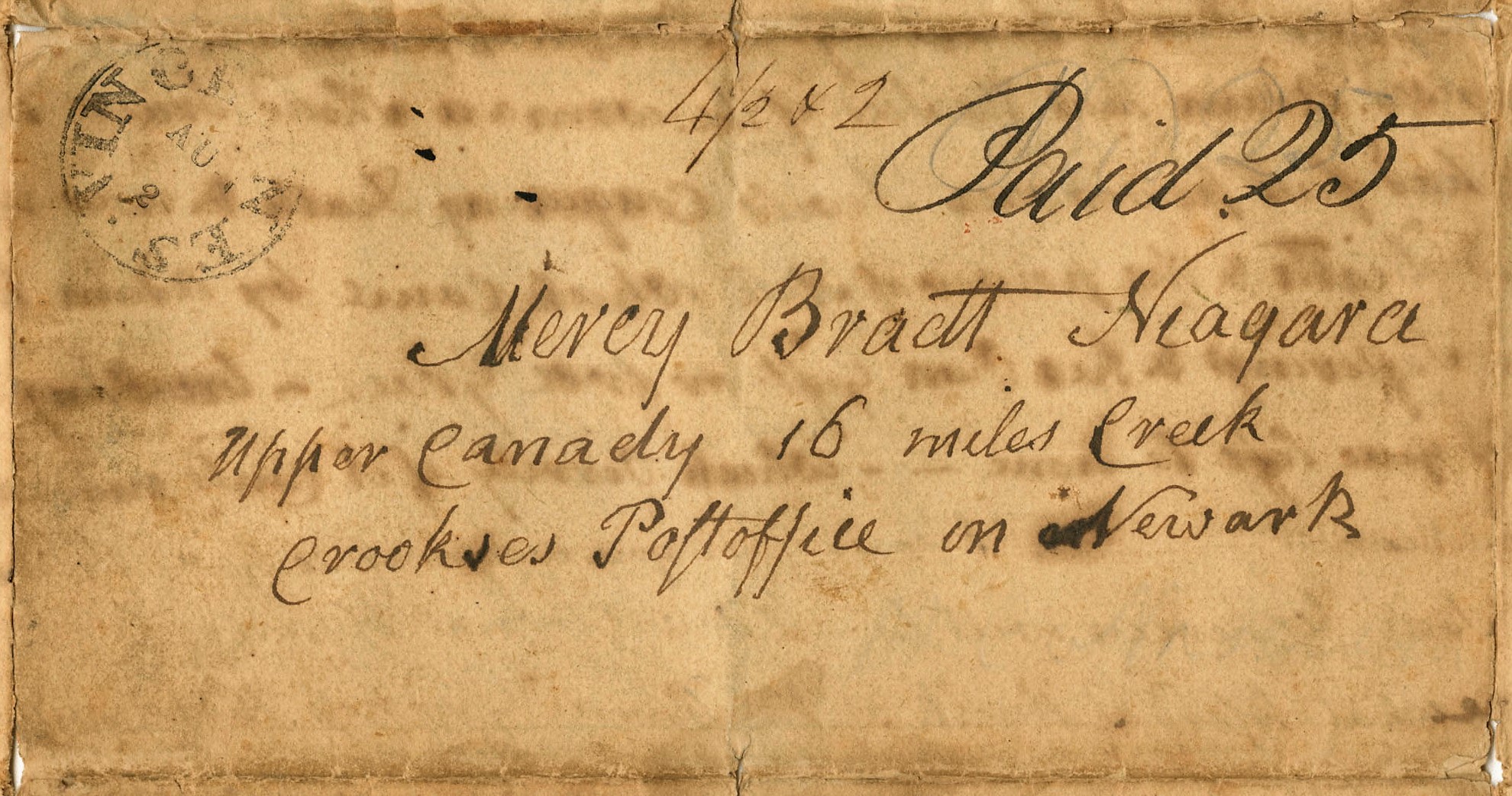 The Bradt family came to the Niagara peninsula from Schenectady, New York as United Empire Loyalists. Arent A. Bradt (1732-1796) and his wife Eva Van Antwerp came to Canada with their children, settling in present-day Niagara-on-the-Lake around 1784. This move coincided with the disbandment of Butler’s Rangers, a Loyalist military unit founded by John Butler during the American Revolutionary War. The Butler and Bradt families both came to Canada from Schenectady. John Butler was married to Arent Bradt’s sister Catherine. Both families were granted land in the Niagara peninsula by the Crown for their loyalty.