Seburn Family fonds, 1757-1936, n.d. RG 627
JavaScript is disabled for your browser. Some features of this site may not work without it. 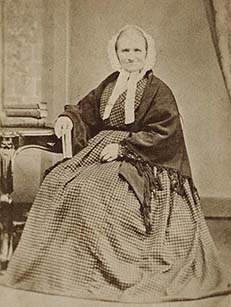 Stephen Seburn U.E. (1758-1828), his wife, Mary Haney (1765-1830), and their babe-in-arms, Nancy, were part of a large movement of Loyalist refugees who traveled on foot from New Jersey and arrived in Niagara in 1787. The family settled on Lot 50 in Stamford Township. Stephen farmed, kept a small amount of livestock, and also kept bees, did some carpentry, and made brooms for Fort Niagara. Like other pioneer families, they supplemented their diet by hunting game and foraging for edible plants. By 1797 the Seburns had obtained a Crown Patent for 100 acres in Stamford Township and 300 acres in Thorold Township and were in sufficient financial circumstances that they had contributed to the building of the first Anglican Church in St. Catharines in 1795.