Photo album, St. Catharines area, ca. 1913-1919 RG 388
JavaScript is disabled for your browser. Some features of this site may not work without it. 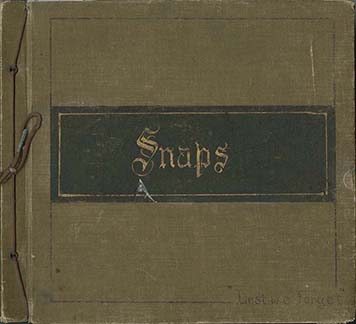 One hardcover photo album containing black and white photos. Many of the photos were taken in the St. Catharines area. Included are photos of Port Dalhousie, Port Weller, Niagara Falls, Niagara-on-the-Lake and St. Catharines. There are also photos of Braeside, Ont. and the Ottawa valley. Various local landmarks are included, such as the armoury in St. Catharines, Montebello Park, and Martindale pond. Some of the events captured include a train wreck that occurred in St. Catharines in 1914, the visit of the Governor General to St. Catharines in 1914 (featuring the Carnegie library and Post Office and federal building decorated with flags), and an airplane that crashed into a body of water, possibly a plane from an air training camp in Beamsville during World War I.

Some of the other photos include Helen Marshall, Ralfe Clench, and Mildred Houston.