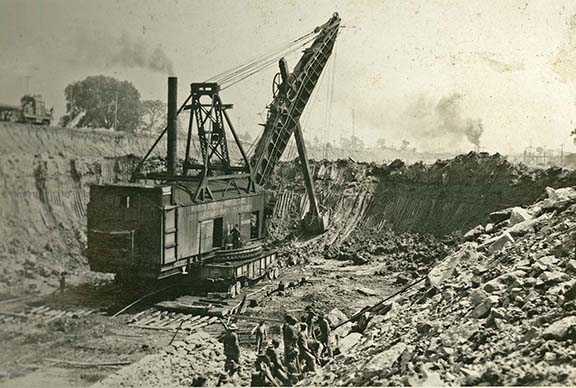 The station was renamed in 1950 as “Sir Adam Beck #1”. This marked the 25th anniversary of Beck’s death. This is one of 2 generating stations in Niagara Falls. There is also Adam Beck Plant #2. The Niagara generating stations supply one quarter of all power used in New York State and Ontario. Ontario Hydro has two water tunnels which traverse the entire City of Niagara Falls from the Village of Chippawa in the South to the Sir Adam Beck Hydro Electric Generating Stations in the North. Also they are in the process of building the third tunnel. In addition, Ontario Hydro has a 13.6 km open canal which traverses the entire City of Niagara Falls.