Bradt Family fonds RG 580
JavaScript is disabled for your browser. Some features of this site may not work without it. 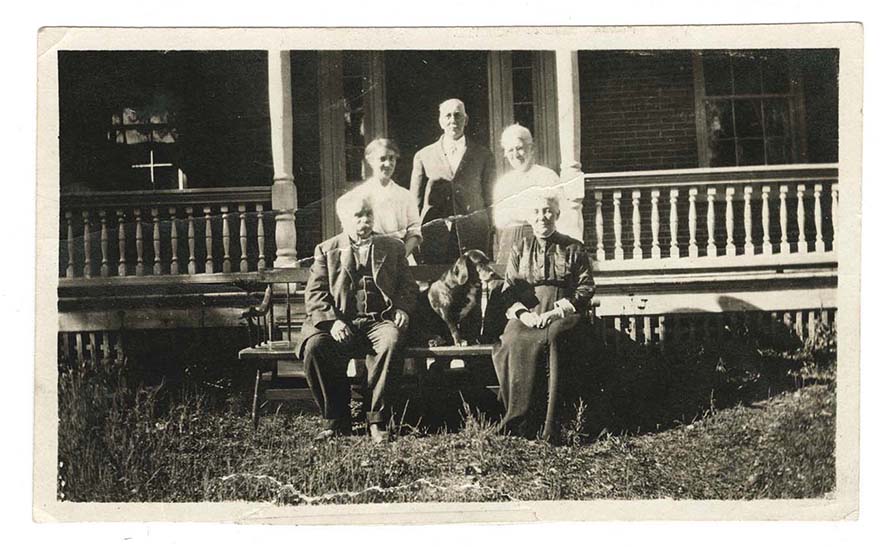 The Bradt family came to the Niagara peninsula from Schenectady, New York as United Empire Loyalists. Arent A. Bradt (1732-1796) and his wife Eva Van Antwerp came to Canada with their children, settling in present-day Niagara-on-the-Lake around 1784. This move coincided with the disbandment of Butler’s Rangers, a Loyalist military unit founded by John Butler during the American Revolutionary War. The Butler and Bradt families both came to Canada from Schenectady. John Butler was married to Arent Bradt’s sister Catherine. Both families were granted land in the Niagara peninsula by the Crown for their loyalty.

Peter II built a family home around 1842-43 in Clinton Township. Peter III was born in this house in 1844 and spent his entire life there working on the farm. He married Nancy Page sometime between 1881 and 1891. They had no known children, but fostered five boys from the Barnardo Home in London, England. The Barnardo Home was founded by Thomas Barnardo, who worked in the slums of East London with orphaned children. Over 25,000 of these boys and girls came to Canada as immigrants between 1882 and 1939. Many farmers took in the children to work on their farms. In 1898, Peter and Nancy brought David McNaney from the Barnardo Home into their house. When Peter died in 1940, David inherited Peter’s estate.

Fonds contains material about the Bradt family. Material concerning the Clark family, including James Clark (clerk of the Legislative Council of Upper Canada from 1793-1806) and his children Jane and James are also included. The Bradt and Clark families were related by marriage. Peter Bradt II married Jane Clark in 1827.