Jarvis family fonds, 1789-1847, n.d. RG 563
JavaScript is disabled for your browser. Some features of this site may not work without it. 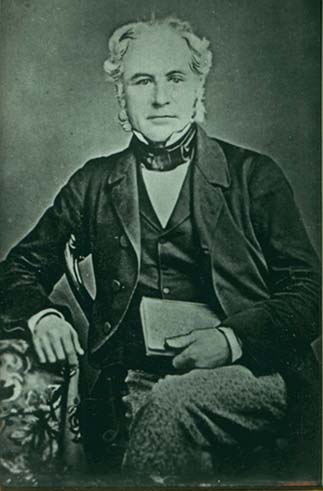 Fonds contains documents about members of the Jarvis Family. Most of the documents relate to Samuel Peters Jarvis (Upper Canada's Chief Superintendent of Indian Affairs from 1837-45), his wife Mary Boyles Powell (daughter of Chief Justice William Dummer Powell), and some other members of the Powell family. There are also some documents concerning William Munson Jarvis (brother of Samuel Peters Jarvis) and William Jarvis (father of Samuel Peters Jarvis and William Munson Jarvis). The papers include correspondence, land documents (including land grants, sales, leases, and memorials), military documents (including military appointments, militia general orders and military pension), 1 map, 1 photograph, medallions, and a travel journal. The collection includes a letter about John Macdonell's death at the Battle of Queenston Heights (Sir Isaac Brock's aide-de-camp), as well as a lock of his hair. The travel journal is the diary of Anne Powell on her voyage from Montreal to Detroit with her brother W.D. [William Dummer] Powell (later Chief Justice of Upper Canada), 1789. The journal was written on her return to Montreal. During the trip she observed a Six Nations Council, describing the dress and manners of the tribal people. She wrote a lengthy description of her impressions of Mohawk Chief David Hill (Karonghyontye) and, to a lesser extent, Seneca Chief Red Jacket (Sagoyewatha). She also mentions encounters with Peter Hunter (later Lieutenant Governor of Upper Canada); Lord Edward Fitzgerald; and Mohawk Joseph Brant. Thomas Smith (later clerk of the Court of the District of Hesse, a member of the Michigan Militia, killed at the Battle of Fallen Timbers) is also mentioned.

Current copyright applies. In some instances, researchers must obtain the written permission of the holder(s) of copyright and the Brock University Archives before publishing quotations from materials in the collection.