Niagara Falls/Niagara Power collection RG 86
JavaScript is disabled for your browser. Some features of this site may not work without it. 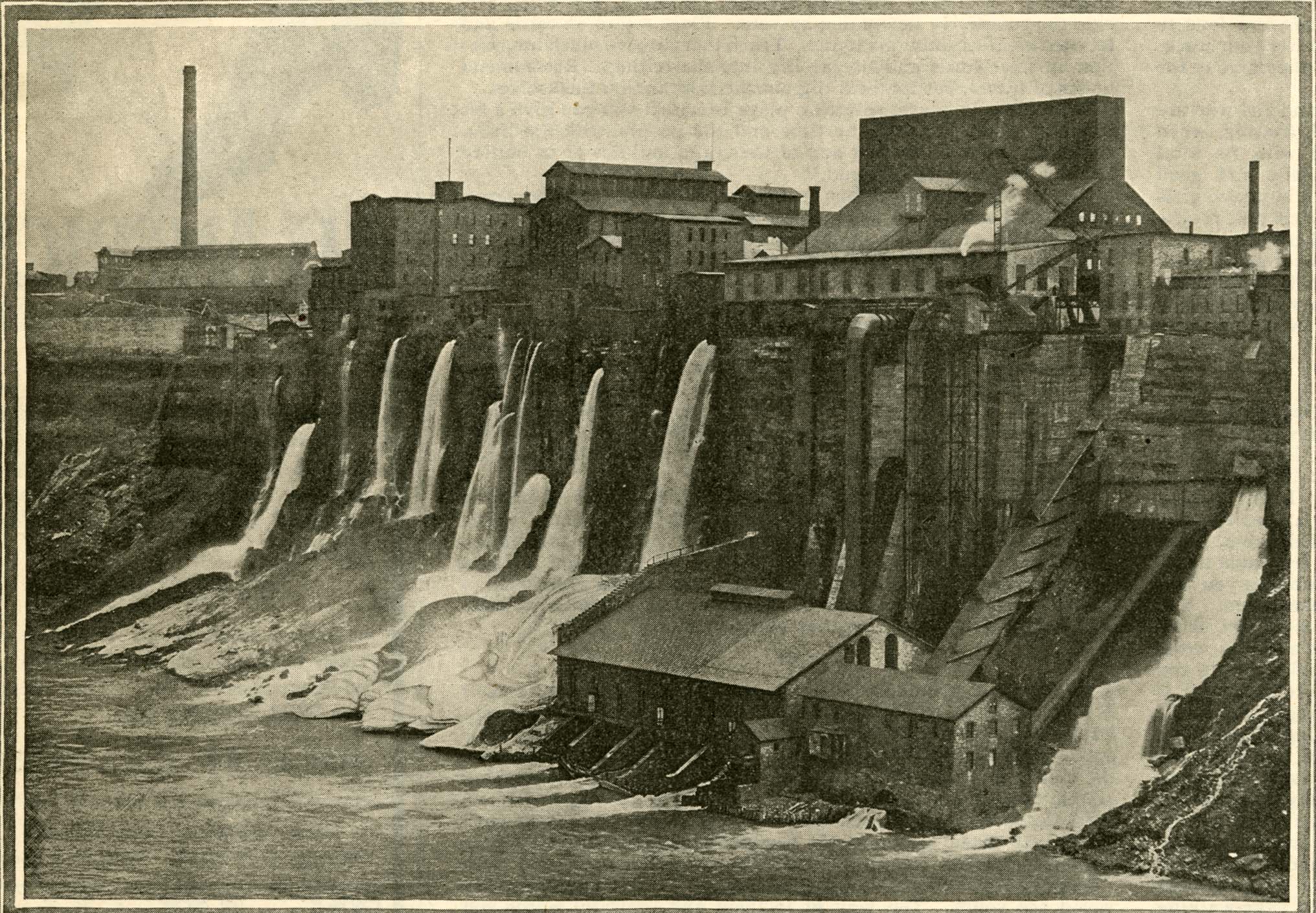 The first recorded harnessing of Niagara Falls power was in 1759 by Daniel Joncairs. On the American side of the Falls he dug a small ditch and drew water to turn a wheel which powered a sawmill. In 1805 brothers Augustus and Peter Porter expanded on Joncairs idea. They bought the American Falls from New York State at public auction. Using Joncairs old site, they built a gristmill and tannery which stayed in business for twenty years. The next attempt at using the Falls came in 1860 when construction of the hydraulic canal began by the Niagara Falls Hydraulic Power and Manufacturing Co. The canal was complete in 1861 and brought water from the Niagara River above the Falls to the mills below the Falls. By 1881 the Niagara Falls Hydraulic Power and Manufacturing Co. had a small generating station which provided some electricity to the village of Niagara Falls and the mills. This lasted only four years and then the company sold its assets at public auction due to bankruptcy. Jacob Schoellkopf arrived at the Falls in 1877 with the purchase of the hydraulic canal land and water and power rights. In 1879 Schoellkopf teamed up with Charles Brush (of Euclid Ohio) and powered Brush's generator and carbon arc lights with the power from his water turbines to illuminate the Falls electrically for the first time. The year 1895 marked the opening of the Adam No. 1 generating station on the American side. The station was the beginnings of modern electrical utility operations. The design and operations of the generating station came from worldwide competitions held by panels of experts. Some who were involved in the project include: George Westinghouse, J. Pierpont Morgan, Lord Kelvin and Nikoli Tesla. The plants were operated by the Niagara Falls Power Company until 1961 when the Robert Moses Plant began operation in Lewiston, N.Y. The Adams plants were demolished that same year and the site used as a sewage treatment plant. The Canadian side of the Falls began generating their own power on January 1, 1905. This power came from the William Birch Rankine Power Station located 500 yards above the Horseshoe Falls. This power station provided the village of Fort Erie with its first electricity in 1907, using its two 10,000 electrical horsepower generators. Today 11 generators produce 100,000 horsepower (75 megawatts) and operate as part of the Niagara Mohawk and Fortis Incorporated Power Group (source: Niagara Frontier Power web site).